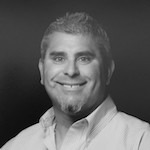 David ShearinLead Pastor & Executive Director
David experienced first-hand the struggles of addiction, and the reality of life on the streets. Since his own recovery in 2005, David has pursued a call in his life to serve those in brokenness and need. Since becoming SLM’s director in 2007, David has expanded the reach of the ministry to bringing a hot meal and the Word of God four nights a week in two different urban centers, as well as personally connecting hundreds of people to drug and alcohol treatment centers and shelters. Dave’s wife Shawn works alongside him, leading the women’s outreach. They are blessed with Isaiah, their son. 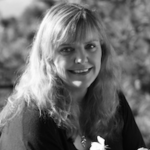 Vicky LanzoneMinistry Partner & Admin Manager
Vicky came to Street Life Ministries in 2012. After a 2 year absence, she returned again in 2016. She was walking through her church entry one day and stopped to look at a Street Life Ministries postcard, picked it up, prayed, and made a call. She has a corporate managerial background in engineering, technical support, customer service, and quotations. She found her true calling at Street Life Ministries. Now an indispensable fixture, she works tirelessly doing administration, as well as outreach. She also re-vamped Street Life’s Clothing Closet and turned it into the prosperous project it now is. Vicky works hand-in-hand with Executive Director David Shearin translating his vision and ideas into practical real-world applications which continue to push Street Life to the pinnacle of street-level ministries in the Bay Area. She will tell you that her life at SLM is more fulfilling than she had ever prayed for.
Church Affiliation: Redeeming Grace 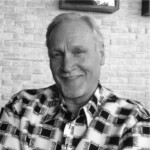 Tom SchrammActing Fac. Manager & Lead Mens Outreach Coordinator
Tom has been living on the peninsula since 1961. He graduated Serra high School in San Mateo in 1976 and studied electronics engineering at SFSU. Tom has had a variety of career paths ranging from construction, music, dentistry, computer programming and Chip design. These paths had denied him any long-term contentment or happiness. Having had his spiritual awakening early in 2017, he decided to follow a Christian path to make his life here on earth mean something through the act of giving back.
After a few tours of homelessness and after God had rid him of the bondage of addiction, he now helps those in similar predicaments to realize they don’t have to waste any more of their lives. Tom received his recovery and interned 2 & 1/2 years with Christ based Cityteam in Oakland where he also completed certified courses in drug and alcohol counseling. He is currently the house manager of Palo Alto Peninsula Bible Church’s SLE (sober living environment) in Mountain View. Tom is also acting Facilities Manager Palo Alto and Lead Men’s Outreach Coordinator for Street Life ministries. Tom also enjoys contributing to worship as pianist and vocalist for both PBC and SLM. As of July 12th, 2020, Thomas Michael Schramm is engaged to be married to Susan Ann Thomas. Date to be set sometime early spring 2021. In God’s name never to be undone.
Church Affiliation: Peninsula Bible Church 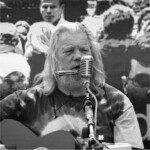 Tim MoonWorship Leader
I am a Follower of Jesus a Husband a Dad a Pops a Musician who enjoys bringing people together thru Music. Church of the Valley is my home in San Martin/Gilroy area. God has given me a passionate heart to serve people that are in need of help. It’s with a grateful heart that I pursue this calling. Give God all the Glory and Honor 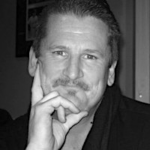 Kevin ValleySecurity & Facilities Manager
Kevin started out as a client in the early days of Street Life Redwood City back in late 2012. After 2 years of faithful service, he took a brief hiatus, returning in 2016. Since the day he came to Street Life, Kevin has acted in the capacity of security, as well as an excellent liaison between clients from the streets and the ministry. Kevin lived on the streets for several years prior to his interest in SLM, and can often be heard saying he has a PHD in homelessness and the streets of Redwood City. In February of 2020, Kevin was hired as both Security and the Redwood City Site Facilities Manager. He also writes for the Street Life Ministries Newsletter in his own column, known as Kevz Korner. Kevin credits Vicky Lanzone, along with Street Life, as the reason he got off the streets and feels that it is his responsibility to give back to the community in any way he can. Although brusque and rough around the edges, Kevin does his best to maintain order and adherence to SLM rules in his capacity as Security. If asked, Kevin will always say he has never once looked back. 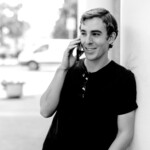 Tommy BealMarketing Manager
Tommy came to know God at 16 during a traumatic point in his life. With time, serving God has become the main focus of his life.
He has been producing content since he was 14 and has been a deep student of marketing psychology since he was 18.
Dave and Tommy have been friends for years and after working on some small projects together for about 2 months, Dave decided to add Tommy to the team.
Tommy makes it easier for people ONLINE to understand what Street Life is doing and how they can help.
He does this by creating fun and easy-to-understand content for Street Life’s social media, advertising, and fundraising efforts. 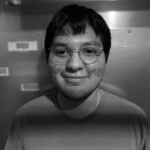 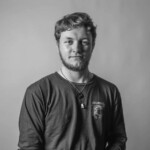 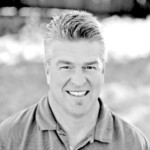 Craig ForbesBoard Member
Craig and his family have been part of the Half Moon Bay community for over 23 years. Craig made the transition into full-time ministry from executive management in high technology business. He has taken skills developed in starting and growing companies and used those in the local church. He has experienced addiction and God’s grace in his life and desires to share that hope with everyone. He currently runs a construction business and is an elder at Redeeming Grace Church. Affiliation: Elder, Redeeming Grace Church 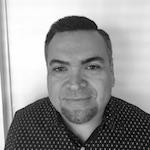 Ernie MoralesBoard Member
Jesus drew me to him when I was in my twenties. I grew in a loving family. However, I didn’t have much exposure to the church. For me it was a radical change because I was real good at doing my own thing and whatever I wanted to do. When I put my faith in Jesus, I was so happy that I was forgiven that I couldn’t help but want to live for Him.
I started volunteering in Sunday school and then in the Youth Ministry and was having a lot of fun growing and helping other students grow. Then one day as I was working in sales for a software company, I woke up and realized that I want to work with youth full time and wanted to be a pastor. It was an awesome feeling knowing that God had a plan and calling for my life. God was preparing me along the way and eventually I was hired as a Youth Pastor and I worked with youth for 20 years. Currently I am the Missions Pastor at Trinity Church of Sunnyvale overseeing the Gateway Neighborhood Center and all local and global missions. We partner with different organizations to serve the City of Sunnyvale including the homeless.
Affiliation: Trinity Church of Sunnyvale

Rick CarbonneauBoard Member
Rick, originally from Southern California, came to the San Francisco Bay Area to pastor Berean Bible Church in 1998. In rediscovering the gospel’s centrality over all of life and ministry as well as a deeper love for Jesus and His mission in the world, he led the church in a new to replant for this mission of God’s redemption in the Bay Area. He holds degrees from UCLA and The Master’s Seminary. Rick’s goal is to help plant missional churches as well as to unite like-minded churches for this purpose. Life is full of loving his wife, building relationships in the community through coaching High School Football and mentoring former homeless and addicts. He and his wife, LaRayne, built their own home and have four children. Affiliation: Lead Pastor, Redeeming Grace Church
Go to Top